Delivery from £5.95 DEPENDENT on order size
The Largest Range of Jars and Bottles Online
European and Worldwide Delivery Available

How to Make Banana Liqueur

When it comes to fruity cocktails the humble banana is often neglected. That's because its soft, mushy texture makes it hard to utilise as juice or in a cocktail shaker. This is a great shame as the banana's bold, tropical flavour works really well with cocktail favourites such as rum or vodka.

The key is to get the banana into usable liquid form such as a banana liqueur, often known as creme de banane. This way you can use it in simple cocktails, exotic umbrella drinks and even desserts. While artificially flavoured banana products can cloy or taste of chemicals, the real thing is vibrant and sweet – not to mention easily available and cheap.

Banana liqueur recipe base
While you can opt for vodka or other spirits, traditionally rum and bananas are a great marriage so is an obvious choice for the base of the liqueur. It's worth searching out raw sugar if you can as it can add a deeper flavour than the refined stuff. The result tends to be pretty rich so while other recipes often include vanilla, you may find that overkill.

For the best results use bananas that are just ripe or starting to over ripen. 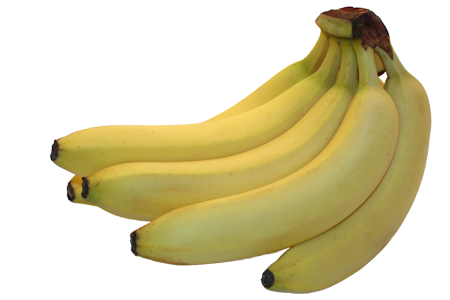 Peel and slice the bananas then put them in a clean, sterilised glass jar. Pour over the rum, seal the jar and give it a little shake to mix up the contents. Place in a cool but not cold, dark place for three days to allow the flavours to infuse.

After the three days, strain the fruit mixture and filter the liquid through a couple of layers of clean muslin. You may need to do this a couple of times as it's important to remove any debris or particles that remain in the liquid as they can give an off flavour later on.

Make a simple sugar syrup by adding the water and sugar to a saucepan. Heat gently and bring to the boil, stirring regularly to make sure the sugar is fully dissolved. As it heats the mixture will thicken slightly to a syrupy texture. Allow to cool completely before using.

Add the syrup and infused banana liquid to a clean, sterilised glass bottle or jar, shake thoroughly so the two are well combined and leave for at least 24 hours before using. The liqueur will keep in the refrigerator for a maximum of two months.